Beddington Park is a 58 hectare park on the border of Croydon and Sutton, which originated as a deer park in the 14th century for the noble
Carew family, whose manor house still stands in the park. The River Wandle runs through the park. There is a large lake and formal gardens
at the south west end of the park, several football pitches, tennis courts, cricket pitch, changing rooms, playground, and Pavilion Cafe at the
north east end.  Note the lake is being dredged and cleaned during Autumn 2017 so the paths around it are currently closed.

There are more photos of the River Wandle running through the park on the Wandle Trail page.

There are car parks around the park, the closest to the lake is Lake Gardens, off the A237 London Road south of The Grange (SM6 7BY
for satnavs).  In addition to the photos here, Google Maps Strret View covers some of the roads in the park and the river.

18th August 2017, eastern entrance to the park from Beddington Lane in Croydon. 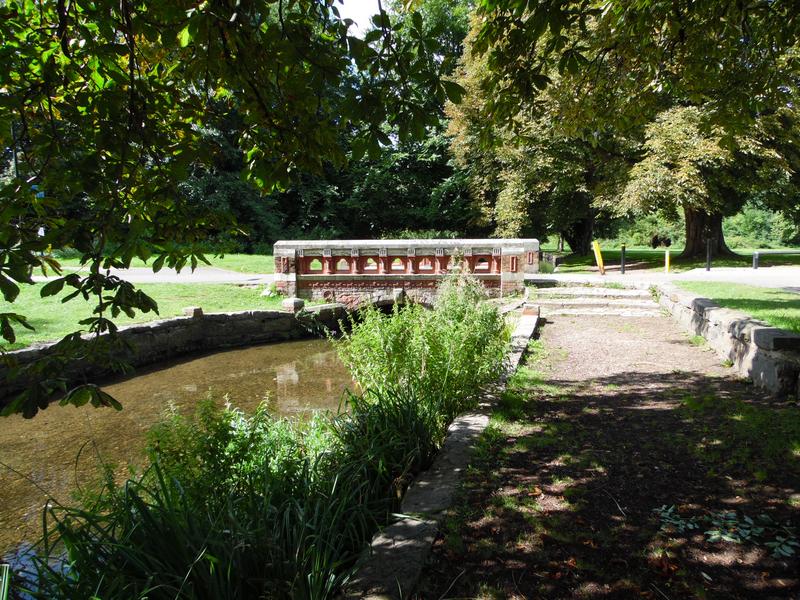 Approaching Church Road, which runs south/north through the park, leading to the Pavilion Cafe and sports pitches. 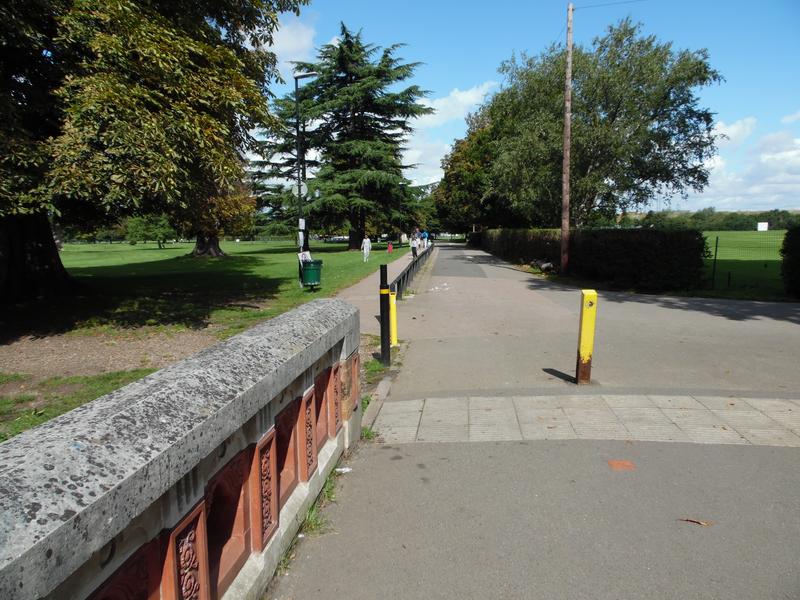 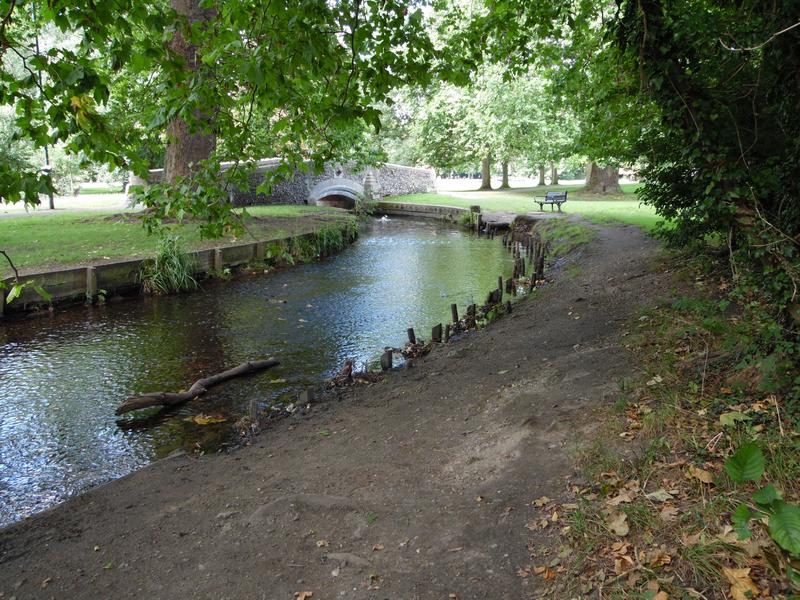 The river has just passed through a wood, then one of the formal park paths with another bridge.  Dogs can easily swim in the river here.

The easterm end of the lake and the bridge where the River Wandle enters.

There are various Coots and Moorhens darting around in the logs and vegetation creating small islands.

A Moorhen heading back to the island.

A wading bird looking for fish.

The park on the north side of the lake, lots of seating.

View looking eastwards from the top of the bridge to where the River Wandle enters the lake, several islands.

Same position on the bridge, swung around to the south side of the islands.

Looking west from the bridge, the main lake.

A large island below the lake, on scrub vegetation.

Looking west along the lake from the south side of the bridge.

Back on the nortth side of the lake, lots of Canada Geese looking for food.

Looking north, the buiilding in the distance is The Grange and Park Suite, a restaurant, bar and wedding venue.

Near the west end of the lake, the River Wandle leave the lake.

The River Wandle leaving the park.

Now on the south side of the lake, seems quiet.

A family feeding ducks and geese on the far side.

But the geese are quick to swim over to my side.

Even the swans on island under the bridge wake up.

Or at least one swan swims over for food.

Heading south out of the park, the view back to bridge.

One of the southerly entrances, off the Croydon Road, more car parking here.

All photos and text on this web site is © Copyright 2011-2022  www.croydonducks.co.uk and may not be reproduced, copied or linked
without prior written permission.  All rights reserved.